The Search for the Lost Ark of the Covenant

Searching for the Ark

Beliefs have long been known to be stronger than iron. Iron can be molded, and bent, but beliefs once they are learned at a young age are fixed for life. Nabonidus as a young man was taught by his mother, a priestess of Sin, her religious beliefs. These beliefs would follow Nabonidus throughout his life.

After he became King of Babylon his beliefs would direct him in rebuilding the temples of Sin throughout the empire. This was in stark contrasts to the beliefs of the clergy of Babylon that had long followed the worship of Marduk. This would have led to many religious confrontations. Nabonidus seemed reluctant to see the gathering dark clouds of discontent, which would ultimately bring his demise as King. Instead he left the ruling of Babylon in the hands of his regent son, and set off to discover and fulfill ancient prophecy. These were all taught to him by his mother at a young age.

Nabonidus didn't live in the riches, wealthiest, most prosperous city in the world Babylon, but chose to move to a rather isolated, remote location in his empire. That city is known today as Tayma, but in ancient times it was called Tema, and even in older times it was called Tiamat. An ancient trade route town in a oasis, in Northwestern Arabia, on the edge of a desert, Lawrence of Arabia called the Devil's Anvil.

The following text is from the cylinder of Nabonidus;

, he started out for a long journey. The military forces of Akkad marching with him, he turned to Temâ deep in the west. He started out the expedition on a path leading to a distant region. When he arrived there, he killed in battle the prince of Temâ, slaughtered the flocks of those who dwell in the city as well as in the countryside. And he, himself, took residence in Temâ, the forces of Akkad were also stationed there. He made the town beautiful, built there a palace like the palace in Babylon. He also built walls for the fortification of the town and he surrounded the town with sentinels. The inhabitants became troubled. The brick form and the brick basket he imposed upon them. Through the hard work they [lacuna] he killed the inhabitants, women and youngsters included. Their prosperity he brought to an end. All the barley that he found therein [lacuna] His tired army [lacuna] the hazanu-official of Cyrus... 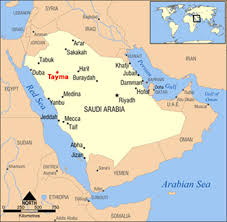 Location of Tayma in Arabia.

Tiamat in Sumerian text, was the ancient goddess of the Great Gods of Sumeria. Tiamat decided to wage war upon the other Gods after a conflict arose. Her consort and spouse Kingu was given the command of the armies and given the Tablets of Destiny to enhance his strength. He was overpowered and defeated by the Babylonian God Marduk. The same God that the Babylonians worshipped in Nabonidus's day. Tiamat seems central to this ancient battle of the Gods. In Greek mythology Zeus defeats Typhon in an epic battle to become supreme ruler near a location close to Tiamat. Might not the battle of Marduk over Kingu, be the same battle as Zeus over Typhon. After the battle Marduk takes the Tablets of Destiny from Kingu in victory.

It is this ancient battle and the loss of the Tablets of Destiny that Nabonidus sees himself as part of prophecy. Nabonidus doesn't move and live in a one horse town on a trade route to control and protect the spice trade. He could of sent anyone to do that for him. He lives in Tiamat for over 10 years, with only one purpose. To rebuild the temples to Sin, and return the Tablets of Destiny to Tiamat, their rightful owners. Nabonidus sees himself fulfilling prophecy. This may seem difficult for us to believe, but all beliefs even today are often hard to understand or even approve.

Where did Nabonidus get the Tablets of Destiny? From the Great Treasury of Babylon. Nabonidus took from the Treasury the Ark of the Covenant, which was taken from Solomon's temple after the defeat of Judea.Many other iconic treasures, were also removed from the treasury of Babylon and taken to Tiamat.. They would have included the famous "Cup of Semiramis" which was to have weighed 15 talents of gold, or some 1250 lbs. , and also the famous full size golden statue of an ancient King, that Daniel described in his prophecy in Daniel chapter 2 from a dream of the King.

So Nabonidus repeated what Moses had done centuries before and hid them in a  a stone tablet. Nabonidus hides them in a great stone tablet and mounted the tablet on top of a temple dedicated to Sin at Tiamat. The stone tablet that he built is now known as the al hamra cube, illustrated below. 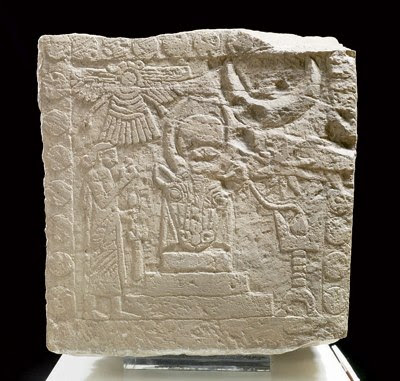 This cube was unearthed in Tayma, and central to the relief is a temple. To the left of the central temple is a Babylonian priest giving offering. To the right of the temple is a standing incense burner. At the top of the Temple is a Egyptian Bull God Apis. Apis was seen deifying a King after death. To give that King a "renewal of life." Apis also was seen to protect the dead. This all points to Nabonidus wanting to restore the goddess Tiamat after death. To deify Tiamat's place in the order of the Gods. Notice the Bull's head is cube shaped and sits atop the temple. This represents the cube itself which at one time sat atop Nabonidus's temple dedicated to Sin in Tiamat. The Bull's head is the central figure to the cube.

The primary reason for the cube shaped stone to be at the top of the temple, is because it acted as the throne for Nabonidus. Many of the ancient Great Gods of Sumeria sat on cube like thrones, and Nabonidus was just enacting this event. In the relief below Enki is seen siting on his cube throne.

The large crescent moon at the top right of the cube, is the symbol for Sin which the temple honours, and the top left image is that of Sin's Chariot of the Gods, which Nabonidus, describes as the Great Weapon of Anu that enabled him to become King of Babylon. In fact Nabonidus sees the building of the temples to venerate Sin, as simply giving back, what Sin had given him. 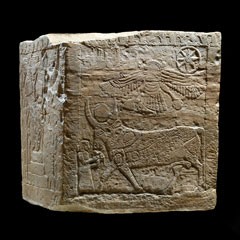 One other side of the cube, shown above, the stone face shows the priest again, giving offerings to Apis. Notice the size difference, which is an ancient way of demonstrating positions of authority and power. The priest is but a humble servant compared to Apis. Could this Babylonian priest be Nabonidus himself? The offering is none other than the Tablets of Destiny. Above Apis is the great chariot of Sin, and at the top right is the 8 spoked wheel giving the chariot it's power. 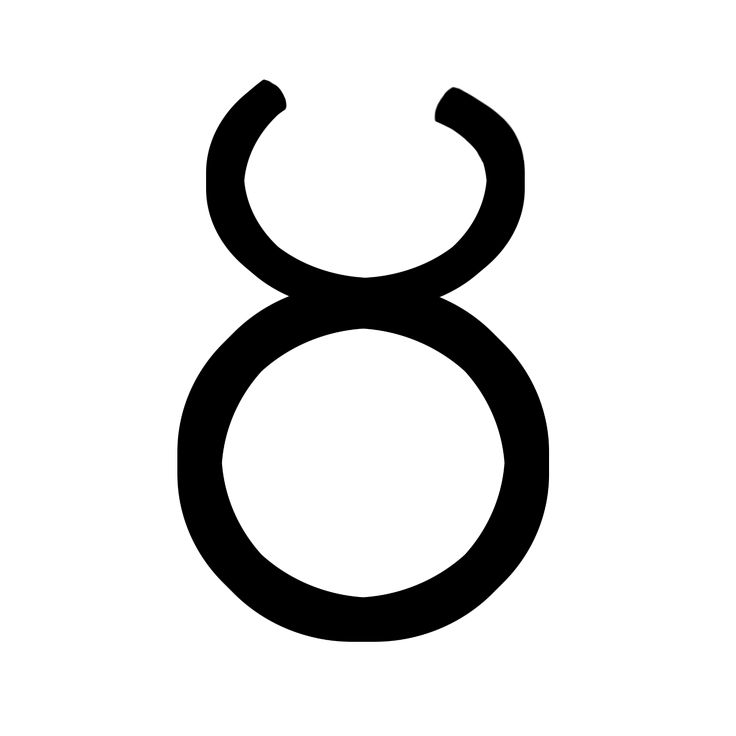 The sign of the Bull whether it be Taurus the sign of the Zodiac, or Apis the Bull it's the same sign, but what is also of interest is that the symbol for the element Bismuth 83 is also this same sign. Apis being the incarnate of the God Ptah, the god that controls the destiny of man and the renewal of life.

Was Bismuth seen to possess these same attributes?

Bismuth has a number of unusual characteristics.
1) diamagnetic metal..Bismuth has the strongest ability to repulse a magnetic field of any metal.

2) Like water, Bismuth as a sold is less dense than as a liquid.
3) Bismuth is essentially non radioactive. Therefore has the longest 1/2 life in the periodic table.
4) How did the ancients know that Bismuth depicted by the horns of Apis could basically live forever?


Further reading on Bismuth, the metal that intrigued the ancients;