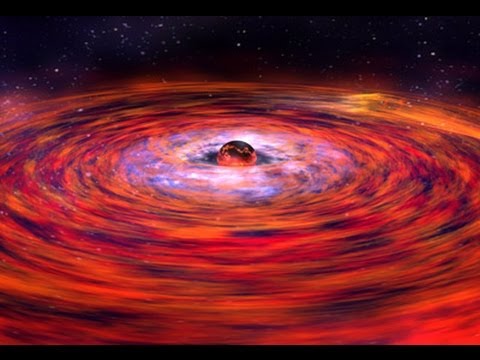 A star's ability to alter time/space is one of the most intriguing phenomenon discovered in modern physics. A star is able to slow time and contract space by it's massive spinning magnetic field.

This phenomenon has been detected and calculated by observing the delta time of radar being bounced back from a planet that is directly opposite our sun. The round trip differential time is approximately 200 microseconds. This experiment  has been redone many times since the mid 60's starting with Shapiro's experiments, to redefine the time to some 213 microseconds, but for simplicity sake, we'll calculate, a single pass delta time as 100 microseconds.

There is 2 basic ways to change the velocity of a body.
1) Accelerate the body itself
2) Alter the medium that the body is travelling in to alter the overall velocity of the object.

A star's magnetic field alters the medium that light is travelling in, not light itself. This has been calculated by the slowing of time by 100 microseconds.  Light travels in the medium of time and as time is slowed, the velocity of light appears to us as slowing.

Stars have different strengths of magnetic fields and this effects the amount of time that is slowed. As the time is further slowed, as in the case of a Black Hole, the relative speed of light approaches zero. When this occurs the object appears black. Light does not exist in a Black Hole.

Space is also altered by the star's field strength, but unlike time, altered space cannot be detected. Not detected but can be determined by calculations.

Speed of light is;
299,792,458 m/sec
The medium of time by our sun is slowed light by 100 microseconds, and is thus equal to the value of the space that is similarly contracted.

Thus by multiplying the delta time into the speed of light, the medium of space for our sun can be calculated as being contracted by

The contraction of space, the medium that planets, comets and asteroids travel in, has the effect of accelerating these bodies as they approach the sun causing an elliptical orbit.
This is observed and is known as Kepler's 2nd law.

Is there any observed proof of our Sun contracting space? Some distance from the Sun's surface there is a region called the Corona. This is a region of extreme intense heat. The temperatures in this region are far greater than the Sun's surface, reaching over 1000 times greater than those temperatures reached on the surface. This seems unintuitive. The question is why the great temperature difference that seems to defy known science?

The answer; space contraction and the slowing of time. As space is contracted and time is slowed the region is superheated sending temperatures much higher than would be predicted. In the figure above hot surface plasma is being pulled into the Sun's corona as space is being contracted in three dimensions. This gives rise to temperatures reaching as much as 10 million Kelvin in the Sun's atmosphere, compared to a mere 6000 Kelvin on the sun's surface. The Sun's corona ability to contract space within the solar system is due to the Sun's great magnetic field that envelops our solar system as the magnetic flux slowly rotates through the system. This magnetic flux polarizes space and it is this space that is being contracted. Science has long been measuring gravity but only the gravity within the solar system. The space between galaxies is without polarized space, therefore is without gravity .

In Red Giant stars their magnetic fields do not extend past their central core. This results in lower surface temperatures, and a shift in the star's colour as the superheated corona disappears. Red Giants do not have a superheated corona that our Sun has, which gives life on our planet Earth.

A proposed experiment to give evidence that space is being contract as time is slowed by the Sun's corona.

Pulsars emit large amounts of energy, which allows us to detect them.  Their emitted energy is from radio wavelengths all the way to gamma rays. The later is in the shorter wavelength, and higher in energy, while at the same time Pulsars are contracting space. How Pulsars generate this energy is unknown.

At the other end of the spectrum Red Giants are net consumers of energy. Red Giants are emitting energy at longer wavelengths, and lower energy, as they continue to expand space and grow in size. This is observed two fold. First in their shift in colour to red which is a longer wavelength of light and secondly their tremendous growth in expanded space. Pulsars and Red Giants are really opposites of the same equation.

Time space is altered when using a Red Giant instead of a star as in Einstein's experiment, but the results will be opposite.  Light's relative velocity will increase as it passes near a Red Giant.

Gravity is simply a function of time and space. This is evident in Jupiter. Jupiter emits a tremendous amount energy. This energy does not reduce the mass of Jupiter as would be expected therefore causing Jupiter's orbit to decay, but Jupiter's orbit remains static. This emitted energy, similar to a pulsar's energy,is a result  of Jupiter's ability to alter time/space.  As space is contracted and time is slowed, energy is emitted.

Underneath Jupiter's outer atmosphere this time/space alteration is concentrated near the planets surface. A visible evidence of this on Jupiter is the outer atmospheres tremendous rotational velocities. Contracted space is the cause for the high velocities. If it wasn't for this, Jupiter's surface pressures would be extremely high.

The Sun's ability to alter time space by a very small almost imperceptible amount results in a very large effect. This small change in time space directly contributes to the Sun forming the Solar system and heating our planet, which gives us life. It is this force that defines the gravity of the solar system.

Man found early in history that from a few small pieces of coal he was able to heat his home and cook his meals. Much later man discovered that some 20 isotopes of nature were able to produce a continuous reaction called fission. From the small reactions of fission came forth enough energy to heat and light a city. Now mankind is on the verge of understanding the greatest secret of the universe. How a very small alteration in time space will produce an unbelievable amount of energy.

This energy can be used for good or bad.  Hence man becomes God, because this energy has the power to destroy planets, or allow mankind to travel and discover new worlds in the universe.

More importantly this energy from space time alteration slows time. The effect of slowing time
will extend man's life expectancy. Time becomes the ultimate currency, for with it, those that control time, are the new Gods.

Kepler's 3rd law which Newton used to formulate his gravity equation, is the Square
of the orbital period (yrs) divided by the cube of the semi major axis to equal a constant.

Distance above are in metres not "au" and periods are in earth years.
The sun's contacted space in metres is 2.99 X 10 4th power

Newton's large "G" is a constant on our solar system, but would this value be the same in the numerous solar systems through-out the universe?

for further reading; Pulsars; the Universe's Most Powerful Object
Posted by Straw Walker at 13:08